Rhythm Dance Academy is a bright, spacious and inviting dance studio located right in the beating heart of Ladysmith, BC. Discover the passion for dance and explore the various opportunities in the many disciplines that Rhythm offers. 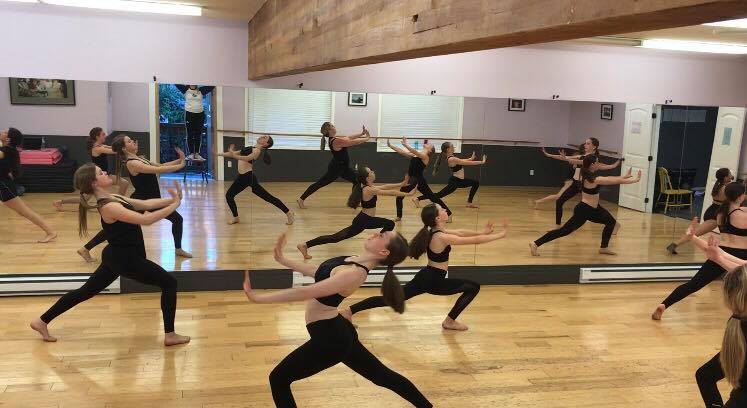 Elise has been a part of the dance world for 25 years, starting at age 3 in a baby ballet class at the studio formerly known as “Beat Street”. Now called Harbour Dancentre, Elise continued to dance and her passion grew and expanded to include more genres outside of ballet including: jazz, tap, lyrical, modern, and contemporary! Elise competed several solos each season from a multitude of talented choreographers, and also completed all RAD ballet examinations with distinction. At age 16, she began teaching dance for Parks and Recreation programs, and at a local community centre, Upon being accepted to the RAD teaching program, Elise was also hired and mentored by Irene Booth of Tempo Dance Academy in Nanaimo. After 6 wonderful years at Tempo Dance (and Rhythm), Elise purchased Rhythm Dance Academy and has had the pleasure of becoming the new owner and artistic director of this amazing little school. During this time she passed and completed her certification in Ballet teaching studies from the Royal Academy of Dance, and also became certified in jazz teaching studies with Performing Arts Educators of Canada. Elise very much enjoys continuing education in the art of dance, and continues to learn more and bring her very best to her talented students!

Rhythm Dance Academy has been my second home for the last few years and I wouldn’t want to have it any other way. The environment at the studio is very welcoming and accepting. We really are like a big family! Rhythm is everything I could want in a dance studio. Miss Elise promotes a great balance of hard work and dedication while still maintaining an inspiring, fun space to pursue the love of dance!

Rhythm Dance Academy is a small town studio full of love and life and nothing but passion for dance. RDA makes you feel a true sense of belonging and comfort.
You will never find a teacher more loving, supportive and more devoted to her dancers than here at Rhythm Dance Academy. Being present in the studio is amazing for one thing…but to actually dance there…that defiantly tops all!
You have not witnessed a real workout until you have watched an RDA dancer practice!

See what classes we teach.

Connect with us and stay up to date

We’d love to hear from you!

Rhythm Dance Academy is a bright, spacious and inviting dance studio located right in the beating heart of Ladysmith, BC. Discover the passion for dance and explore the various opportunities in the many disciplines that Rhythm offers.